Home Blog Bananas on a Boat: Bad Luck or Superstition? 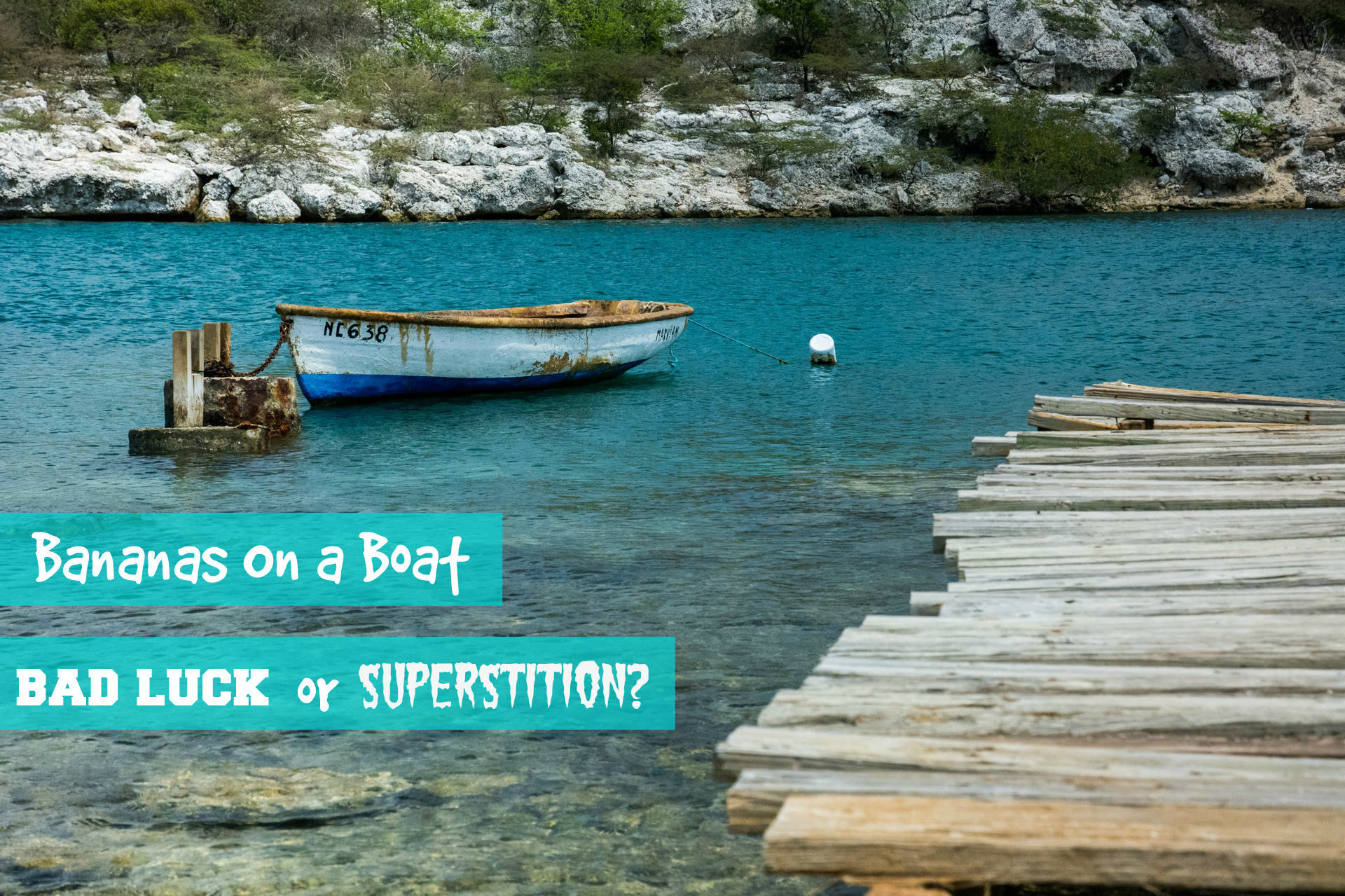 Are bananas on a boat really bad luck? Or is this just another fisherman’s superstition? Let’s look at the facts.

I’ve done a fair amount of fishing in my time. From fly fishing in pristine waters in the highlands, fishing for Pollack in the Canary Islands, and trying to catch the elusive jumping marlin in the Andaman Sea. And each time I’ve fished, the curved, yellow fruit has been banned from boarding the vessel.

In fact, I was exclusively told not to eat or even touch a banana on the day of the trip!

Is this purely superstition? Or is there fact to this widespread rumour?

Bananas on a Boat: Where Did It All start?

Back in the early days when ships didn’t have coolers or ice boxes for storing the precious cargo, there were a number of poorly built wooden ships in the Caribbean that relied on the speed of the wind to get their cargo from one port to another.

The ships hulls were often badly constructed, and more often than not, designed with large sales to capture as much wind as possible. The mixture of overloading the ships with bananas to increase profits, and high winds with treacherous seas, often resulted in fatal accidents.

So Why Are Bananas Bad Luck on a Boat?

Well, no one knows for sure.

One thought could be that the sight of thousands of bright yellow bananas in the sea became imprinted in sailor’s minds. After countless failed journeys on poorly built ships, sailors came to fear banana voyages and all things banana related.

But this folklore could also have been started by the observations the sailors made at the time.

If you’ve ever left a banana next to another fruit for a day or two, you’ll notice that the other fruit will ripen much quicker that if it were left on its own. This is due to the ethylene gas being released from the yellow fruit.

With limited understanding of their natural world apart from what they could see with their eyes, this discovery led sailors to fear the worst, making the banana a dreaded item to have aboard the ship.

Did you know that ethylene gas is also flammable? Don’t just take my word for it. A factory once exploded due to the high amount of ethylene gas being collected in an unventilated room. I’m no expert, but old wooden ships and fires don’t mix well!

Bananas and Fishing at High Speeds

Another reason could be due to the unsuccessful trawling attempts of the crew. Travelling at high speeds to deliver the bananas before they spoiled is not ideal for trawling and often led to the fisherman coming up short. This left the fishermen pondering:

“Could this be the bananas again?!”

One of my fears has always been spiders and snakes; it’s just something about the way they move. Putting my fears aside for one second, it’s easy to see why fishermen thought of bananas as bad luck rather than superstition.

As the cargo came from tropical climates, venomous snakes and spiders would lurk between bunches of bananas. Some unfortunate sailors were bitten or stung by these poisonous pests and without medical knowledge or vaccines, their accidents were often fatal.

A clearer picture is starting to emerge of why bananas on fishing boats are thought to bring such bad luck. But is it just coincidence that all this misfortune involved bananas, or is there any truth to the tale? Let’s see if science can debunk this mystery.

What Does Science Say?

There is also one story that still holds today as science rather than superstition. And that’s the belief that the oil from the banana skins deterred the fish from the ships.

Scientific proof has yet to be published on this claim, but this article on whether fish can actually smell might convince you otherwise.

I know what you’re thinking! It’s not looking good for bananas right now, is it? The “no bananas on boats” rule is starting to look more convincing.

Modern food transportation vessels are solidly built, and we rarely hear of wrecked ships and destroyed cargo anymore. It’s highly unlikely that sailors will ever come across a sea of bobbing bananas.

However, there are still fishermen who are not willing to tempt fate when it comes to boating accidents or even just catching for that matter.

We all have our superstitions, some more than others, and perhaps fishermen are the most superstitious bunch out there (pun intended!).

So, Bad Luck or Superstition?

Reviewing the evidence, there are no facts to confirm that bananas on a fishing boat are bad luck. It looks like the series of unfortunate events can be chalked up to nothing more than freakish coincidence and shoddily built ships.

With each retelling of failed voyages, the stories quickly got out of hand and became legendary. Now, the mere mention of a banana on a boat is enough to strike fear into the hearts of anglers and sailors.

Whether there’s any truth to this rumour or not, some anglers just aren’t willing to risk it.

If you’re inclined to believe that bananas on a boat will bring you bad luck, here are a couple of things you can do to increase your luck.

Cats are said to bring good luck on ships as they eat rats. And as we know, rats carry diseases and parasites and also damage precious cargo and ropes. The cats were looked upon as a good luck charm among British and Irish sailors and thought to comfort the men.

Like to whistle a tune? Then whistle away, as whistling was thought to encourage the winds and get the sailors to their destination in times of low winds.

If you’ve got any more fishing or boating superstitions, please share them in the comments below. And let us know what you think; is it just an old superstition, or is it bad luck?